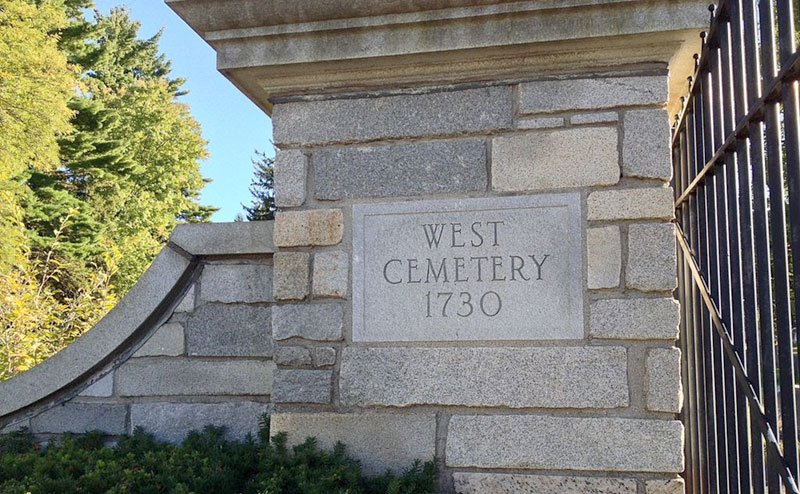 Amherst’s West Cemetery was laid out in 1730, and the oldest site is marked 1737. For over a hundred years, it was Amherst’s only cemetery; among the gravestones are the names of members of Amherst’s founding families. During this brief virtual tour, we will visit with some of them. But they are a relatively small sample of the families who lived in Amherst prior to the Revolution — what became of the others, whose names appear on lists of early Amherst residents, published in Judd’s History of Hadley?

In April of 2019, Bob Drinkwater introduced us to Amherst’s West Cemetery and to the graves of some of the prominent residents of Amherst with this lecture. Now, three years later, he returns to tell us more about the people and families whose names are on the stones.  His lecture is scheduled for noon on Friday, April 8, in the Woodbury Room of the Jones Library.

‘Bob’ (Robert W.) Drinkwater began his “career” in gravestone studies at the West Cemetery in September 1969, compiling data for what was to be his Senior Thesis.  Since then, he has photographed most of the gravestones, and he has spent many afternoons doing research in the Special Collections reading room at Jones Library.