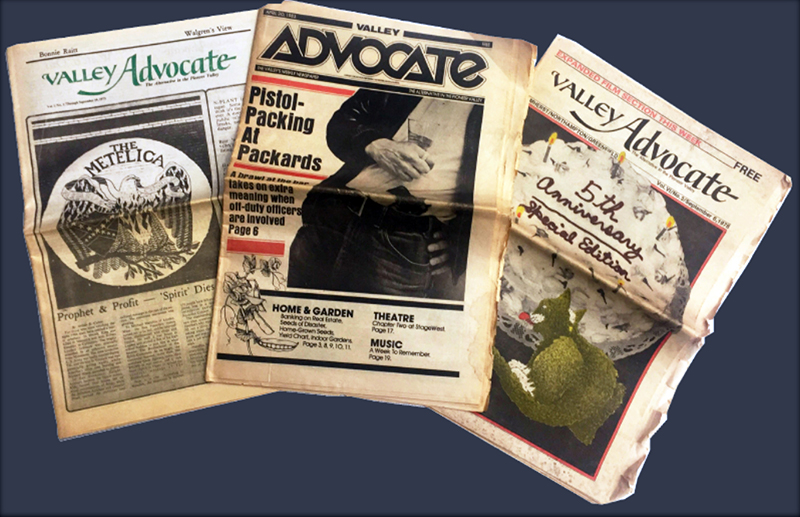 by Chris O’Carroll and David Sokol

In September 2020, Mr Chris O’Carroll reminisced about his time working at the Valley Advocate in the 1970’s. Now he will return, teamed up with the Advocate Music Editor to tell us more about some of the acts (Bob Dylan, Jane Fonda, Marcel Marceau) he covered as Arts and Entertainment Editor for the local weekly, and about the ways in which arts & entertainment coverage can overlap with hard-news political stories — for example, when local activists picket a movie theatre, or when artists espouse political causes and perform at fundraising converts.