Since 2007, the Amherst Historical Society has celebrated Amherst’s founding through an annual lecture and presenting awards to deserving citizens.

The Conch Shell Award is given to recognize valuable contributions to the preservation and appreciation of Amherst history.

The Mabel Loomis Todd Lecture is presented annually at the Founders Day Celebration by the to recognize the efforts of Mabel Loomis Todd who founded the Amherst Historical Society in 1899. Its charter was granted by the State of Massachusetts in 1903.

Elizabeth Sharpe, former Board of Trustees president, presented a history of the town and explained the significance of the conch shell. Her remarks, reposted with permission here, provide the best explanation of our Founders Day Celebration and Annual Conch Shell Award.

“Tonight we celebrate the founding of Amherst — 249 years ago on February 13, 1759. Prior to that date, the place we call Amherst was a patchwork of farms owned by families like the Dickinsons, the Cowles, the Boltwoods and the Kelloggs who were considered the “east inhabitants” of the town of Hadley. Folks in the parent town of Hadley called this place various names–East Hadley, Hadley Farms, East Farms, the East Precinct, the Third Precinct and later the Second Precinct. (We moved up a notch from third to second precinct when South Hadley spun off of Hadley’s orbit.) You can see that we were in need of our own name and identity, and in need of our own government. As more farms sprang up here in the 1750s, our population topped Hadley’s but our inhabitants were still required to travel to Hadley to conduct town business and to pay taxes for which they received little in return. So, in 1758, a group of local men petitioned the government of Massachusetts Bay to incorporate Hadley’s Second Precinct as a district, not a town, but a district. A district enjoyed the same powers as a town, it just couldn’t send a representative to the General Court. But a district could hold town meetings and otherwise govern itself. The petition was delivered to Boston in June of 1758 and three quarters of a year later on February 13, the bill was passed. Hadley returned to its eastern inhabitants their proportional share of the town stockpile of gunpowder, lead, and flints and the tie was, more or less, severed.

Now about that new name. It was a perk of the governor of Massachusetts Bay to name new districts. And so, Governor Pownall did. He was a close friend of General Jeffery Amherst whose recent successful military expedition against the French at Louisburg in Canada made him a hero in the colonies and in England. For the governor, it would be a living monument to his famous friend to name this new district Amherst. Who could object? Certainly no one in the new district of Amherst. Not then, anyway.

There is no record regarding when the district of Amherst became the Town of Amherst; it seems Amherst conferred town status on itself. In 1774, some 15 years after becoming a district, Amherst began acting like a town by sending a delegate to the Provincial Congress and soon began using the designation “Town of Amherst,” although, as far as anyone can tell, it held no legal title. The title was granted, after the fact, in 1786, when Massachusetts passed a law stating that all districts incorporated prior to 1777 were to be towns. Thus, we celebrate as Founders Day the date the district of Amherst was established.

It is the conch shell that symbolizes Founders Day. In the 17th and 18th centuries, blowing the conk shell was a common method to call or warn inhabitants, and New England towns typically paid someone to blow it. Records show that an East Hadley man (that’s us) in 1743, was paid 3 dollars a year to “blow the kunk” and sweep the floor of the meeting house. Montague, Old Hadley, South Hadley, Williamsburg, and Stockbridge also paid someone to blow a conch shell. We know that Whately had a conch because in 1785 they voted NOT to pay someone to blow it.

By the early 19th century, conks went out of use when towns could afford large bells to hang in the bell towers attached to their new, larger meetinghouses. A bell sounded more pleasant than a conk; it was more refined, more urban, more like Boston or Philadelphia, or London. Across New England, conch shells were laid aside.

But, in Amherst, as in many towns, someone recognized what the conk had meant– that it had been a way of calling farmers together, a way of gathering the community, so that individuals could deliberate and then to act as one body. The conk represented democracy, and fittingly it was a democratic instrument. It was hand-held, easily obtained, and most anyone could blow it. Unlike a bell, it didn’t require a lot of money, a foundry to cast it, or oxen to haul it. It didn’t require a tower. When Amherst no longer blew its conk, I’d like to think that someone noted the passing of an era and saved it because of what it symbolized. Just as likely, the last person to use it placed in on a shelf in a back room and a descendant found it and preserved it because it represented the history of East Hadley, the district of Amherst, and later the town of Amherst. The Historical Society possesses that conch. We gather tonight to honor the spirit of the conch and to honor those who have worked to tell us our community’s history. After the presentations, we invite you to join us for a reception at the History Museum where you may see the original conch shell. You may not blow it. Nor would you want to since it sports 200 years of dirt and grime. Otherwise known as patina.” 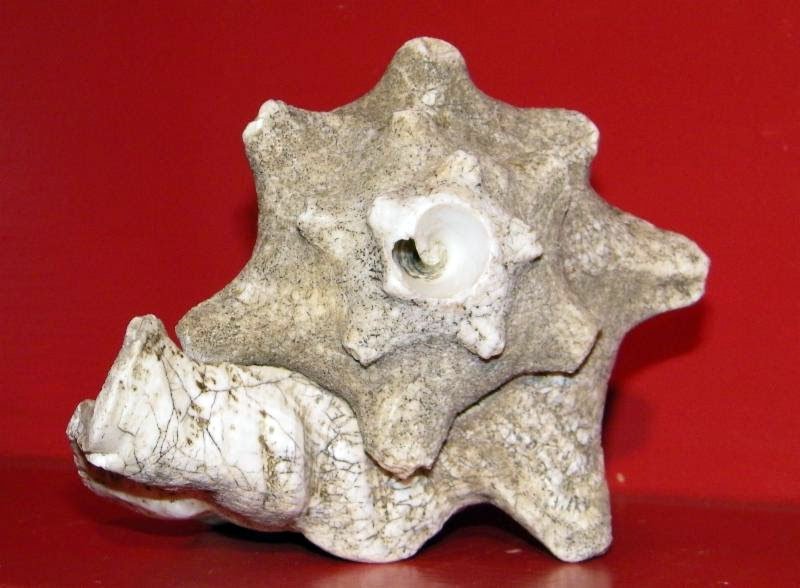