News from the Collection 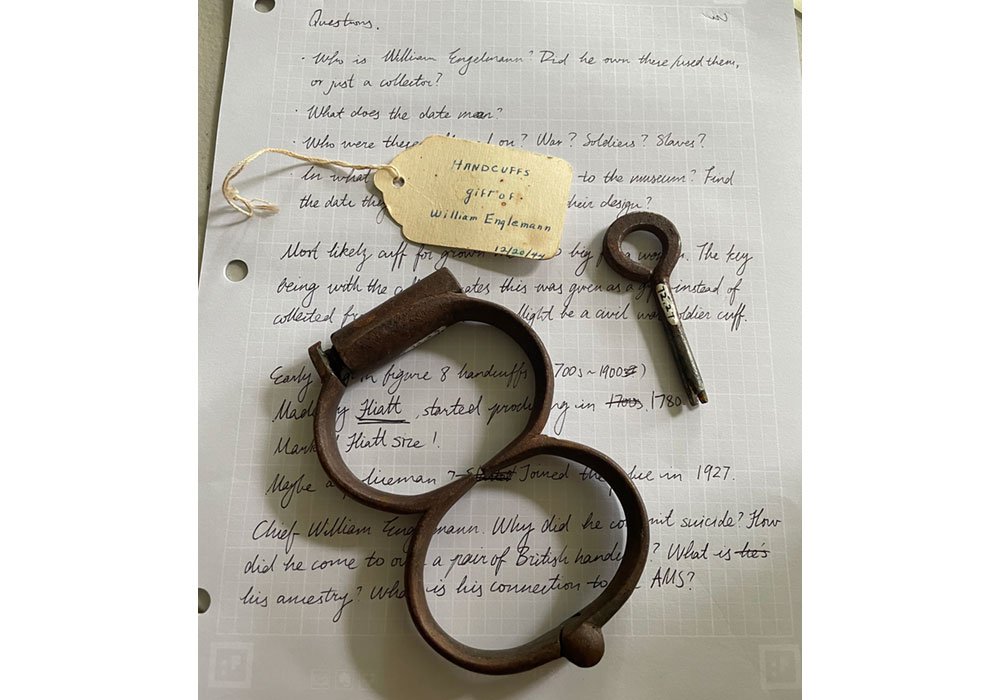 I found a pair of handcuffs donated by former Amherst Police Chief William Engelmann in 1949, who was appointed as a policeman in 1927 and was Police Chief from 1949 – 1958. They were a pair of Hiatt made “Irish figure 8” handcuffs that were used exclusively in Britain, particularly by the Royal Irish Constabulary (which was when Ireland was still part of England). Through my research, I became curious about the Amherst Police History during the 20th century as well as its relationship with the town of Amherst.

Due to my own background of being Chinese, I am also particularly interested in finding any intersections between the immigrants and the Police.

You can help me by talking to me. If you are an immigrant family, I would love to hear your story of how you came here, how you interacted with the earlier settlers, and how you grew into the town. If you have done similar research on Amherst immigrants or the Police, I would love to hear what you found and share your insights. If you have materials such as photographs or objects from the decade it would help me visualize the experience as well.

You may get in touch with Ms Feng through our email, info@amhersthistory.org, or by stopping by the Museum.