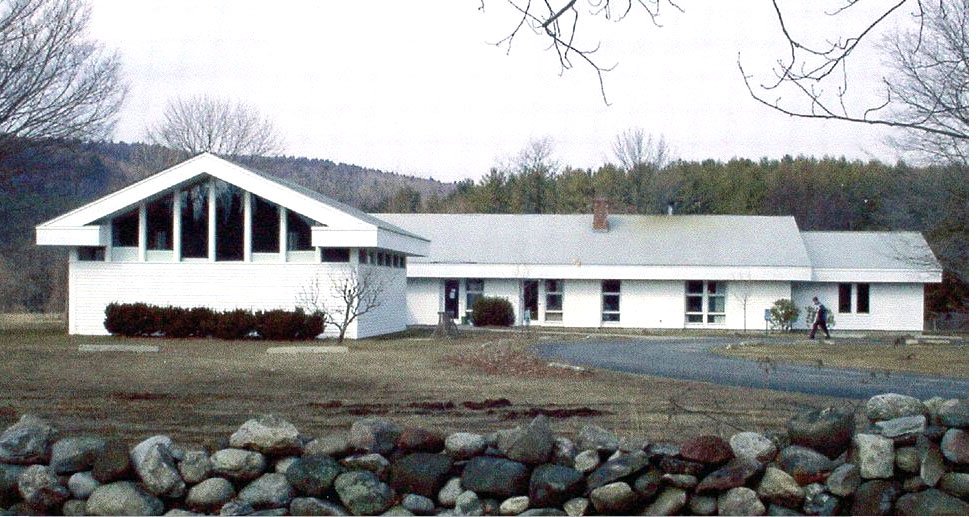 History of the Mount Toby Meeting

Quakers, members of the Religious Society of Friends, in Western Massachusetts have had an interesting and complicated history over the decades. On Friday, April 22, at noon, in the Woodbury room of the Jones Library we will review some of the steps along the way as the demographics changed during the 50s and 60s and large Friends meetings (congregations) were formed in this more rural region of the state.

The first recorded monthly meeting in the ancestry of Mt. Toby was the Northampton Meeting, which organized as an independent Meeting under the Friends Fellowship Council in Philadelphia in 1939. There had been other occasional worship groups of Friends in the Valley – in Amherst in 1924 and in Northfield in the 1930’s. A meeting in Amherst was revived by Francis and Becky Holmes when they came to the University of Massachusetts in 1954. When more Quaker families came to the growing University in the next decade, Amherst became the largest meeting.

They eventually accepted a gift of land on the farm of Ethel Dubois on Long Plain Road in Leverett, and broke ground in 1963. In 1964, a meetinghouse designed by architect Elroy Weber opened. The Meeting was renamed Mt. Toby after the nearby hill.
Next History Bites: On Friday, May 6, at noon, we will host Susan Ashman, a NPS park ranger from the Springfield Armory, who will talk about a historic rifle and her search for its owner: Finding R H Weakley.