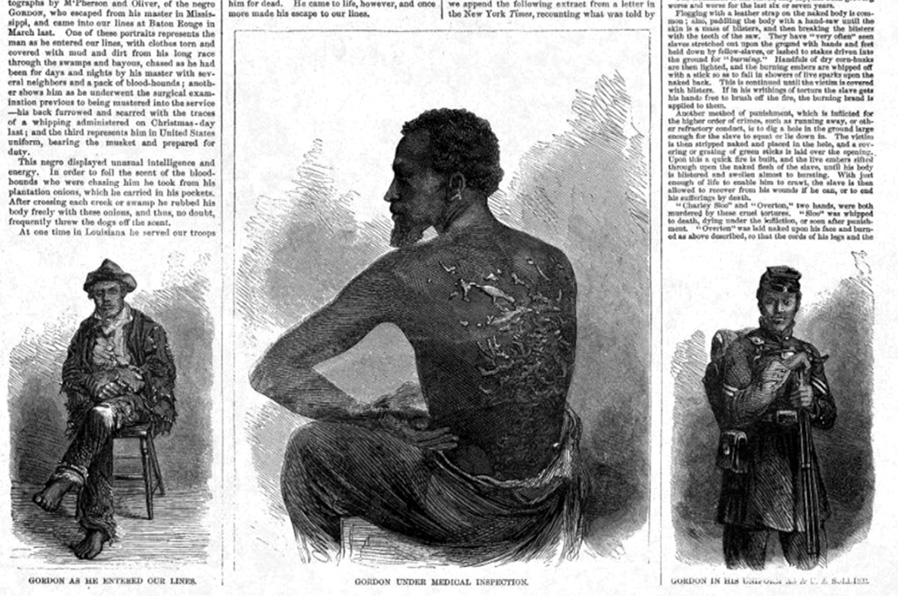 On July 4, 1863, one of the most widely read magazines in the country during the Civil War published an image capturing the abhorrent cruelties of slavery — the side portrait of an escaped slave with terrifying, streaking scars across his back caused by a whipping from his owner.

The day after the Battle of Gettysburg ended, Harper’s Weekly published “A Typical Negro,” which included the image of the tortured former slave. He was misidentified as Gordon (his name was Peter), and the photo was accompanied by a narrative that bore little resemblance to the facts.

It did, however, provide readers in the North with some of the most powerful visual evidence of the wickedness of slavery and the abuses that slaves endured.

Recent research by Dr Bruce Laurie, Professor Emeritus of History at the University of Massachusetts Amherst, into two local men who fought for the Union Army during the Civil War era — Henry S. Gere of Northampton and Marshall S. Stearns of Northfield — provided new clues about the true identity of the former slave brought to national attention by Harper’s.