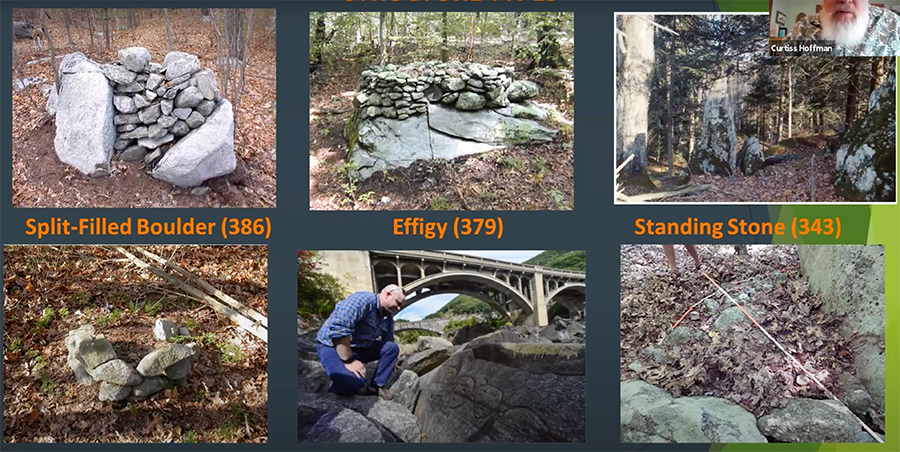 Scattered throughout the woodlands and fields of the eastern seaboard of the United States and Canada are tens of thousands of stone monuments. These stone constructions have been the subject of debate among archaeologists and antiquarians for the past seventy-five years. Dr Curtiss Hoffman of Bridgewater State University, the author of Stone Prayers, will share his findings and insights, based on an examination of over 5,000 sites.

Curtiss Hoffman holds a PhD from Yale University in Near Eastern Languages and Literatures (1974), and since 1973 has directed field operations at archaeological sites in southern New England. He is Full Professor in the Department of Anthropology at Bridgewater State University in Bridgewater, Massachusetts and is past president of the Massachusetts Archaeological Society and currently serves as the editor of its Bulletin.